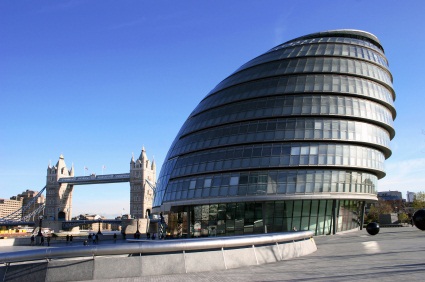 The mayoral hustings provide an opportunity for candidates to engage, on a limited level, with our capital’s diverse communities. The engagement is limited because manifestos have already been written. Hustings are not an opportunity for communities to collaborate, or to be included in policy. Instead, this is the chance for communities to pose questions to candidates about their ability to make tangible differences to peoples’ lives; their ability to carry out what they have promised in their manifestos and to account for areas where their record (if they have one) has been somewhat lacking. So, in essence, hustings are a show-and-tell for mayoral candidates; a glorious sales pitch, if you will.

With this in mind, I ventured to Operation Black Vote’s ‘Black Britain Decides‘ hustings with minimal expectation. I was not expecting any grand revelations and indeed none were presented. Instead, with my PR hat on, I wanted to use the hustings as an opportunity to see how mayoral candidates fared in their ability to connect with members of London’s black communities. Were they being consistent and relevant in what they had to say and, crucially, were they being authentic?

Despite having a limited platform and not being able to join Boris Johnson, Ken Livingstone, Brian Paddick and Jenny Jones on the main table, Siobhan Benita was able to use her limited time to solidify her core brand message of being independent and therefore able to “spend her time fighting for Londoners”, instead of fighting other mayoral candidates; which was clearly a reference to ‘Lift-gate’ and everything else that has subsequently followed.

London’s Black communities are not homogenous, and therefore the narrative used to engage must not be singular.

Siobhan’s consistent message of independence is probably one that resonates with a wide section of society. This is backed up by results from Edelman’s Trust Barometer, which highlighted that only 29% of the general public say they still trust the government. Siobhan has no baggage associated with broken promises. Instead, Siobhan projects the persona of being a ‘regular person’ and, consequently, more authentic. Her authenticity was backed up on the night by the use of storytelling to connect with the audience. The story of Siobhan’s parents coming to the UK in search of a better life for their family, and the trials and tribulations experienced along the way, is one that most of London’s black communities could relate to and feel part of.

There was a marked difference between Siobhan’s connection strategy and that of Brian Paddick who, in my opinion, tried too hard to be ‘down with the kids’ by purely focusing on stop-and-search, discrimination and general ‘hardships’. Whilst the issue of the police and discrimination are high priority, I would have liked to have heard Brian engage with as much passion on much wider issues such as employment, enterprise, education and the economy. This is because, as highlighted in a previous post on this topic, London’s Black communities are not homogenous, and therefore the narrative used to engage must not be singular.

The trouble with soundbites is that after you have heard them a few times, they begin to have the same effect as magnolia paint: it becomes dull.

However, it is not surprising that Brian stuck to the police and discrimination narrative, as his personal brand has been developed around his credentials as an ex-police officer. Unfortunately, there came a point of diminishing returns for Brian when he stated: “if there was a choice between the cycling community and the black community, it would be the black community for me every time.” Comedy gold aside, this comment highlighted a big communication flaw in Brian’s overall performance during the hustings: he was trying too hard, and the impact of trying to hard is that your audience can be turned off.

Turning to Boris Johnson, his usual animated technique in delivering his message to Londoners prevailed. However, one thing that remained constant was his lack of emotional connection with the audience. Having a high intelligence quotient is great for obvious reasons, but emotional intelligence is, in my opinion, crucial for any leader. In particular, Boris was lacking on the empathy element: the ability to put himself in the shoes of others. My thoughts are confirmed by yesterday’s Evening Standard poll which states that more than a third of Londoners believe Boris Johnson is a “Mayor for the rich”.

Boris simply delivered messages – soundbites. The trouble with soundbites is that after you have heard them a few times, they begin to have the same effect as magnolia paint: it becomes dull. The result is that you don’t excite your audience, and they don’t believe the authenticity of what you are saying because the soundbites, by their nature, appear to be manufactured.

Ken Livingstone is presented as the candidate with the strongest connection with some of London’s black communities, purely because of his record and the tangible difference he made during his time in office to celebrate London’s diverse communities. It was this record of ‘greatest hits’ that Ken relied on during the hustings. Not a bad strategy and it clearly resonated with some members of the audience as he received applause on a number of occasions.

As a polar opposite to Boris Johnson, Ken seemed to be able to put himself in the shoes of others, stating that he wants to be the mayor “for all Londoners, not the one percent”.  However, as an ongoing strategy, I question the reliance on ‘greatest hits’ to maintain relevance post this particular election campaign, particularly when the era of his‘ greatest hits’ has passed and the audience may be tired of the old ways.

Jenny Jones has always been a candidate that exudes authenticity. She is often praised by other candidates, which is great for her credibility. In contrast, I noted a sense of indifference from the audience when Jenny spoke. I started to wonder why her message was not being received as well as the others. After listening to Jenny, I realised that she was missing a vital ingredient for being able to communicate effectively and draw people in: conviction. She did not have the power to convince people that they should believe in her. This was brought to the fore when Jenny had to tackle a question about whether she believed the police were racist. Regardless of anyone’s views, Jenny should have stuck to a definitive answer, and stated her case with conviction. Instead she wavered on the answer, leading to a breakdown in the audience’s confidence in her.

Jenny highlighted that you can have a great personality and ‘be nice’, but ultimately you need to have the technique and confidence to deliver your message effectively to give people the chance to connect with you.

With a few more hustings to go, including a live debate on Sky News, we’ll get the opportunity for further insight into each of the candidates. One thing is for sure: we no longer take the words of politicians as gospel, they need to work extra hard to ensure they connect with the electorate in a way that is relevant, consistent and authentic.