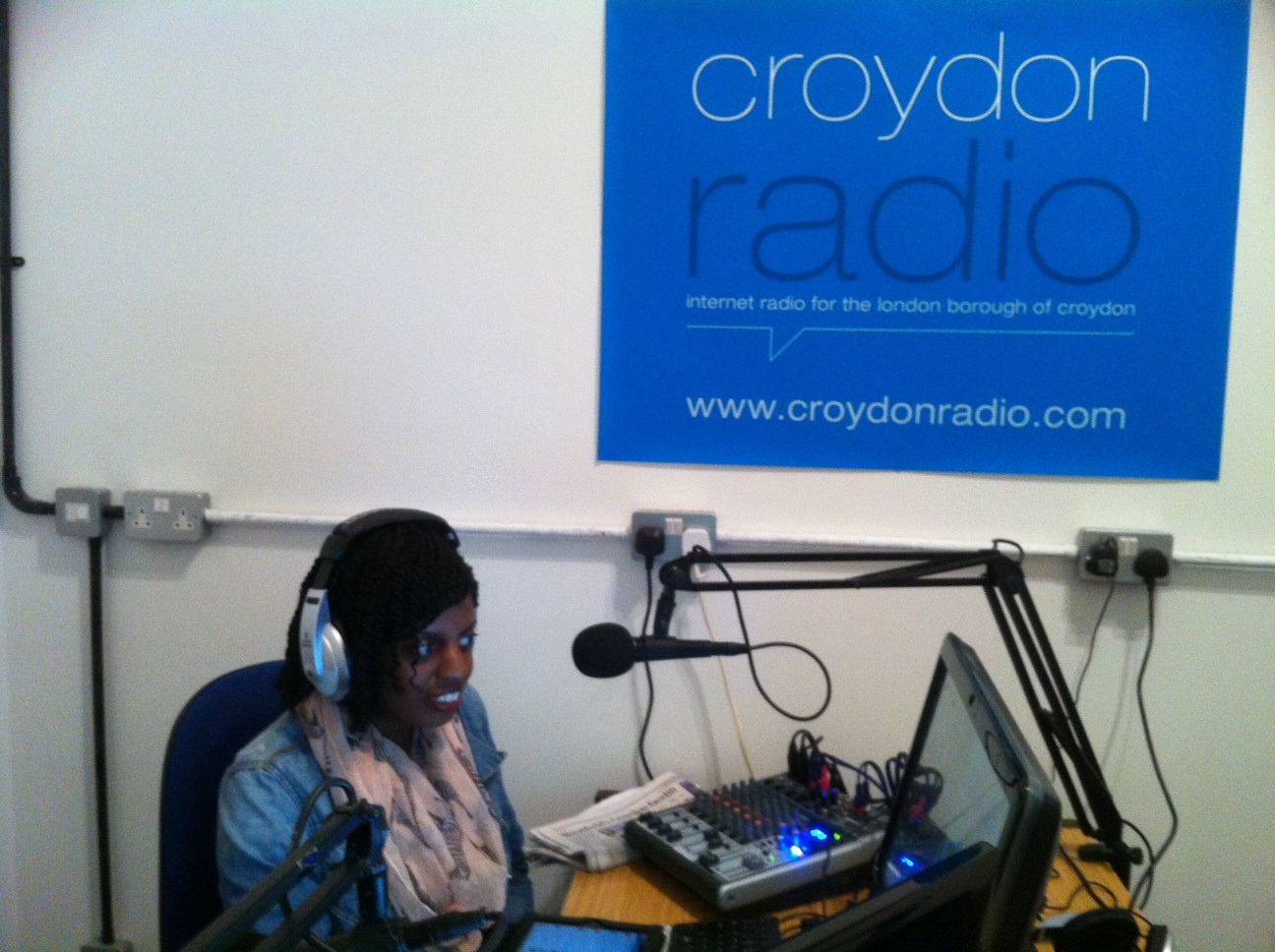 Presenting In the Loop on Croydon Radio has been a rewarding experience, where the opportunity to learn and develop has been in abundance. When I responded to a tweet requesting for people to be part of an online community station for Croydon I was not sure what to expect, but I was pleasantly surprised.

After the riots in 2011, childhood friends Tim Longhurst and Tracey Rabbetts wanted to contribute something positive to the town in which they were born and bred. The result: a self-funded platform for Croydon’s diverse voices to be heard.

Today Croydon Radio has developed into a 60-strong volunteer led and multiple award-winning community radio station. As part of the first cohort of presenters to join the station, it is wonderful to see how the station has grown organically since its inception.

I have fond memories of my first show, which was supposed to be a 20-minute trial package, but ended up lasting for an hour! There seemed to be a never ending stream of content and it didn’t take much time for the show to be extended to two hours, with greater emphasis on the political machinations in Croydon. From the outset my ethos was to provide an inclusive forum to engage people in the democratic process, focusing on the issues that mattered to them. As I have highlighted in previous musings, discourse pertaining to current affairs and politics tends to lack the contribution of those from culturally diverse backgrounds. I wanted to disrupt the status quo and present a different voice, even if it was covering the issues emanating from Croydon town hall, instead of Westminster (though, of course, there is plenty of overlap).

Over the past two years, I have become immersed in the political life of London’s largest borough. It has been fun, illuminating and not without its challenges. I have interviewed members of parliament, numerous councillors, candidates for political office and a range of experts from the world of politics. Oh, and Ed Miliband! On occasions, I have courted controversy due to my choice of guests, which includes interviewing a candidate from the National Front, which you can read about here. I have encountered the nasty underbelly of local politics as well as the bizarre. The latter includes being trolled by “Bonzo Giles”, a dog with its own Facebook profile belonging to a local Tory party activist. Go figure!

The more unsavoury aspects of my time covering local politics has reinforced my view that you need to have a thick skin if you are going to look at issues and topics that get under people’s skin, question firmly held beliefs or systems, or hold people to account. It has been an experience from which I have learned so much, and any negative experiences have been leveraged to serve as a motivational tool.

As well as politicians, I have interviewed some truly remarkable and inspirational individuals, from entrepreneurs to community activists and charity workers. Again, my mission was to reflect Croydon’s diversity, speaking to people from all walks of life and from all parts of the borough, providing an opportunity to learn from their experiences and to invite people to widen their perspective.

As you have probably realised by now, I have taken the decision to hang up my headphones. This is due to a change in my personal circumstances. However, I remain fully supportive of Croydon Radio. Like a veteran Eastenders character I have left in a black cab, so you never know when I could return to reprise my role!

I would like to take this opportunity to thank the management at Croydon Radio for their support, particularly Tim Longhurst who has produced my show for two years. I would like to thank everyone who has listened to my show, downloaded my podcasts and has taken the time to engage with me whilst on air. To all the guests who have joined me, and the critics who have had their say: you have all played a unique role in developing the show.

To any budding citizen journalists out there in Croydon and beyond: make your voice count, flip the script and engage others in new ways of seeing the world.