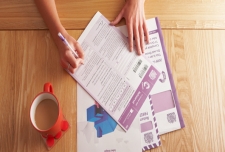 It is widely acknowledged that the UK is becoming more ethnically diverse, and the 2011 Census is expected to verify this by showing an increase in the ethnic minority population from 7.9% to 15%. As we await the results of the census, it is useful to assess the merits of other data sources that highlight changes to the UK’s ethnic and cultural landscape.

Most recently, Experian, the credit agency, carried out an analysis of Britain’s ethnic minorities for the Observer Newspaper. The analysis used Experian’s Mosaic database, which matches more than 50 million surnames to postcodes, to paint a picture of Britain’s second and third generation migrant communities. By tracking surnames Experian deduced that migrant communities, driven by economic empowerment, are moving away from inner London and relocating to the suburbs.

Experian’s analysis is food for thought and supports the findings of research that has already been conducted in this area by Leeds University and Tim Butler, professor of Geography at Kings College London. However, Professor Richard Webber, who developed the Mosaic database, concedes in this article that surnames are merely “useful indicators of people’s origins”. This calls into question the validity of the research methodology employed by Experian, as well subsequent assertions made in relation to Britain’s ethnic landscape.

Unlike Experian’s methodology, the 2011 Census asks individuals to define their own ethnic group either by using one of the prescribed categories, or by filling in the write-in box, immediately boosting the accuracy of the data by replacing “useful indicators” with hard facts.

With its focus on data supplied by the individual and the inclusion of a number statuses including ethnicity, the census is unlike any other data source that currently exists. Not only does the census provide an in-depth analysis of the state of the nation required by central and local government, businesses, charities and research organisations; it remains the true yardstick for assessing the scale and scope of Britain’s ethnic diversity.