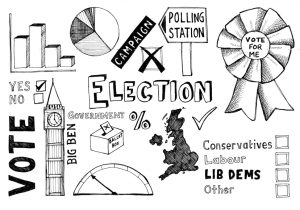 I must begin with a caveat: ‘BME voter’ is a loaded term; one which has a homogenising effect, leading to assumptions that thoughts, identity, belief systems and motivational drivers are uniform across the group. This is, of course, not the case and I have previously outlined my views on this issue.  The Ethnic Minority British Election Study (EMBES), conducted after the 2010 General Election and to which I will refer, breaks down the aforementioned homogenising effect. It is the largest and most authoritative study of ethnic minority voting behaviour and political integration ever conducted in Britain, looking at five established minority groups: people of Indian, Pakistani, Bangladeshi, Black Caribbean and Black African background. It also incorporates other attributes including national identity, social integration and religion.

The findings of the EMBES are compelling, particularly in relation to an idea tabled by the Conservative Party’s Vice Chair, Alok Sharma, who has recently called on government to extend disclosure regulation for listed companies to include ‘the number of employees from both white and BME backgrounds within their workforce as a whole, as well as at senior and board level.’ The aim is to make companies more accountable for ethnic diversity and to highlight where there are blockages when it comes to the recruitment and retention of BME people. The EMBES highlights that discrimination and prejudice are key issues across all of the five established ethnic minority groups included in the research:

Furthermore, there is a strong desire among respondents for policies which seek to improve equal opportunities for ethnic minorities. It could be argued that Sharma is tapping into ‘low-hanging fruit’; looking at an issue that will quickly resonate with ethnic minority groups. In principle, Sharma’s idea is a good one, but it needs to be investigated further to see if holds weight when it comes to weaning BME voters off Labour.

Historically, the Labour Party has addressed the aforementioned needs of BME voters. It is responsible for significant changes in equality legislation over the years including the Race Relations Act and, most recently, the Equalities Act 2010. Part of the reason why the Labour Party continues to attract a significantly larger slice of the BME vote is because of its legacy of policy and legislation.  It is also this policy and legislation that helps to frame a narrative of being consistent and authentic when it comes to addressing a key issue that BME voters feel strongly about. Conversely, the Conservative Party has never mentioned the issue of racial or ethnic discrimination in any of its manifestos.

As mentioned, Sharma’s idea is a good one, provided it leads to action being taken by companies to address any ethnic diversity deficits. However, what strikes me is that there appears to be no overarching strategy from the Conservative Party upon which this tactic is based. For example, Sharma’s idea conflicts with the speech David Cameron gave at the CBI Conference last year “calling time” on Equality Impact Assessments. Equality Impact Assessments assess the likely or actual effects of policies or services on people in respect of disability, gender, and racial equality. Surely a party that is genuinely committed to equality for all would not want to do away with one of its key performance indicators? Why expect listed companies to measure their workforce diversity to highlight and address areas of weakness and opportunity, but do away with the need for public sector organisations to measure their impact in relation to equality?

There is no cohesive message coming from the Conservative Party to suggest that their attempts to wean BME votes off Labour are consistent and authentic. Right now we are witnessing a party that is scrambling for quick wins and headline grabbers, as it faces the uphill battle of trying to win an overall majority and, closer to home, maintain control of Croydon council. Perhaps this person can help?

The fast pace of  demographic change in the UK means that if the Conservative Party fails to address its relationship with BME voters in an authentic and consistent way, not only will they fail to wean voters off Labour, but they will increasingly become a party that has little in common with diverse Britain.