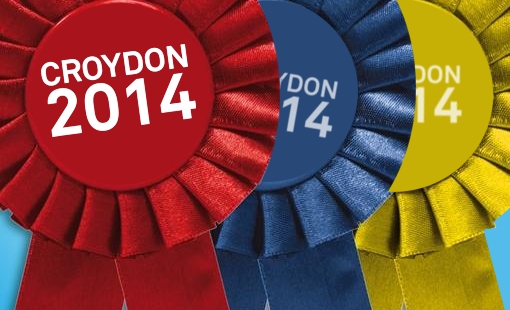 After three months of covering what is tipped to be the closest election race in London, I will culminate my coverage of the local elections in Croydon with a show on Croydon Radio, which will be broadcast live from the election vote count.

Over the past few months I have interviewed over 20 candidates from across the political divide, with the purpose of providing a forum for residents in Croydon to engage in the issues pertaining to how their local community is governed. Topics have ranged from how to tackle fly-tipping, to discussions on how to leverage the £1bn Westfield and Hammerson development in Croydon town centre for the benefit of all. Residents in Croydon who were recruited to join Croydon Radio’s Election Jury were a valuable addition to the pre-election shows, sharing their candid perspective on manifestos and the key issues shaping their voting intentions. As well as the views of those living in Croydon, I have been joined by pundits and commentators who have been able to give a different slant on the elections, incorporating the political landscape across the UK and Europe.

Although tonight’s live broadcast from the election vote count will wrap up my election coverage, those of you who listen to my show on a regular basis will know that holding politicians to account is an ongoing activity that I relish. However, it does not all come down to the action or inaction of politicians. It is just as important for citizens to be empowered so they can be part of the decision-making process, rather than passengers.

What can you expect tonight?

The polls close at 10pm and, after this time, ballot boxes from Croydon’s 24 electoral wards will start to arrive at Trinity School, where the count is taking place. Candidates will also start to arrive at the venue and I will be speaking to some to capture their thoughts, feelings and predictions. As well as hearing from candidates, experts and pundits will also be sharing their views.

Chris Madel is a director at the London Communications Agency (LCA), an award-winning communications consultancy focusing on London and London issues. In addition to leading client accounts, Chris also manages LCA’s regular commentaries and briefings on local, regional and national politics. He will be sharing his thoughts on the wider political landscape in London and the predictions made by his agency about the outcome of the elections.

Whilst the focus on election night tends to be on statistics, I thought it would be refreshing to delve into the minds of candidates and discuss how they can prepare themselves for life after the elections, whether they win or lose. For this particular topic I immediately thought of Lydia Frempong, otherwise known as ‘Coach Lyds’, who is an accredited life coach. I’m certainly looking forward to exploring candidates from a different angle!

You will also hear from Alexandra Swann, who is a political commentator and former ‘future face of UKIP’. We will be in conversation about the impact that UKIP will have on local and European elections.

I am always keen to enagage people in the show, and you are welcome to  participate in the live broadcast from 10pm by tweeting me @bieneosa using the hashtag #Croydon2014. You can listen to the show online via this link.

Take a look at this short promotional video about tonight’s show, made using Wordeo – a great app that is very easy to use.